On average, your neighbors pay $71 a month.

In South Carolina, car insurance rates are generally cheaper than the rest of the country. According to our research, American National, GEICO and USAA are the cheapest car insurance providers in South Carolina. We analyzed rates for good drivers, young and new drivers, high-risk drivers and drivers with a single at-fault accident.

We also researched rates from the 10 most populous cities in South Carolina. The rates we found vary significantly, so the best provider for you may differ from the driver profile for which we collected data.

There are also ways to save on car insurance premiums, no matter which of these categories you fall into. Find out more about cheap car insurance in this article, which includes:

Finding the cheapest car insurance depends on several personal factors that insurers consider while pricing your policy. Your insurance rates are determined based on your age, driving record and where you live in the state. A great way to find cheap car insurance is to compare insurance quotes online. You'll be able to compare multiple rates to pick a cheap one.

Based on our rate data for our base driver, these car insurance companies offer the cheapest policies for South Carolina drivers:

Our data shows that, on average, South Carolina drivers pay $1,573 per year for car insurance, or $131 per month. That rate is based on our base driver profile. Our base driver is a single, 35-year-old male with an average credit score and no accidents on his driving record. He holds 100/300/50 coverage limits and a $1,000 deductible.

Drivers who have a clear driving record, an average or better credit score and several years of driving experience will likely have more affordable insurance rates. According to our research, these insurance companies offer some of the cheapest insurance rates in South Carolina for good drivers:

Based on this driving profile, a good driver pays an average $100 per month on car insurance in South Carolina.

This is the annual premium for a good driver versus our base driver in the state: 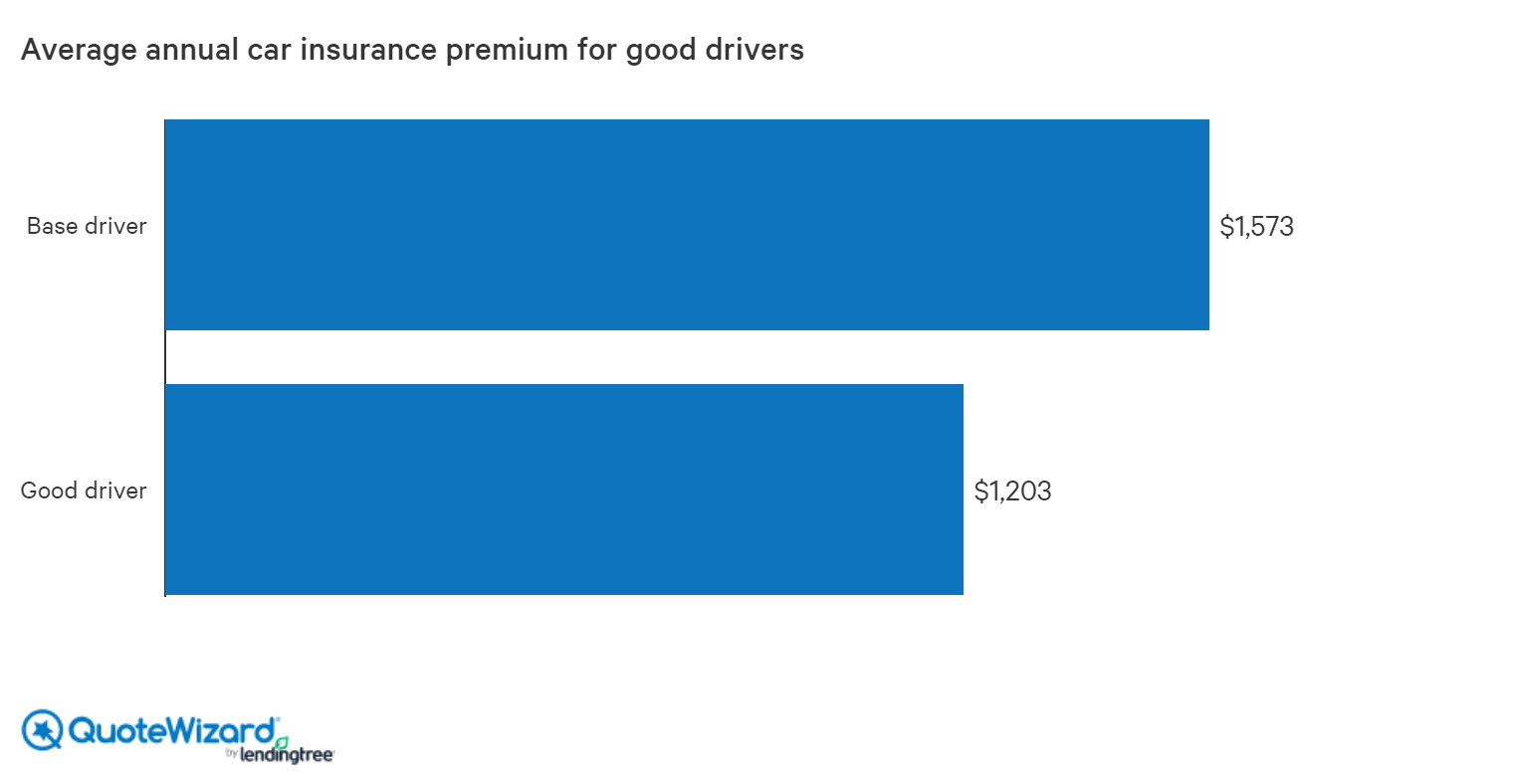 Good driver rates are, on average, $370 cheaper per year than our base driver's rates. Drivers with a solid credit score, no accidents or citations on their record and years of experience will likely save money on car insurance.

When you file fewer claims, you save your insurance company money. That's why they give good drivers cheaper rates. For your insurer to consider you a good driver, you should drive safely to avoid crashes and traffic violations. 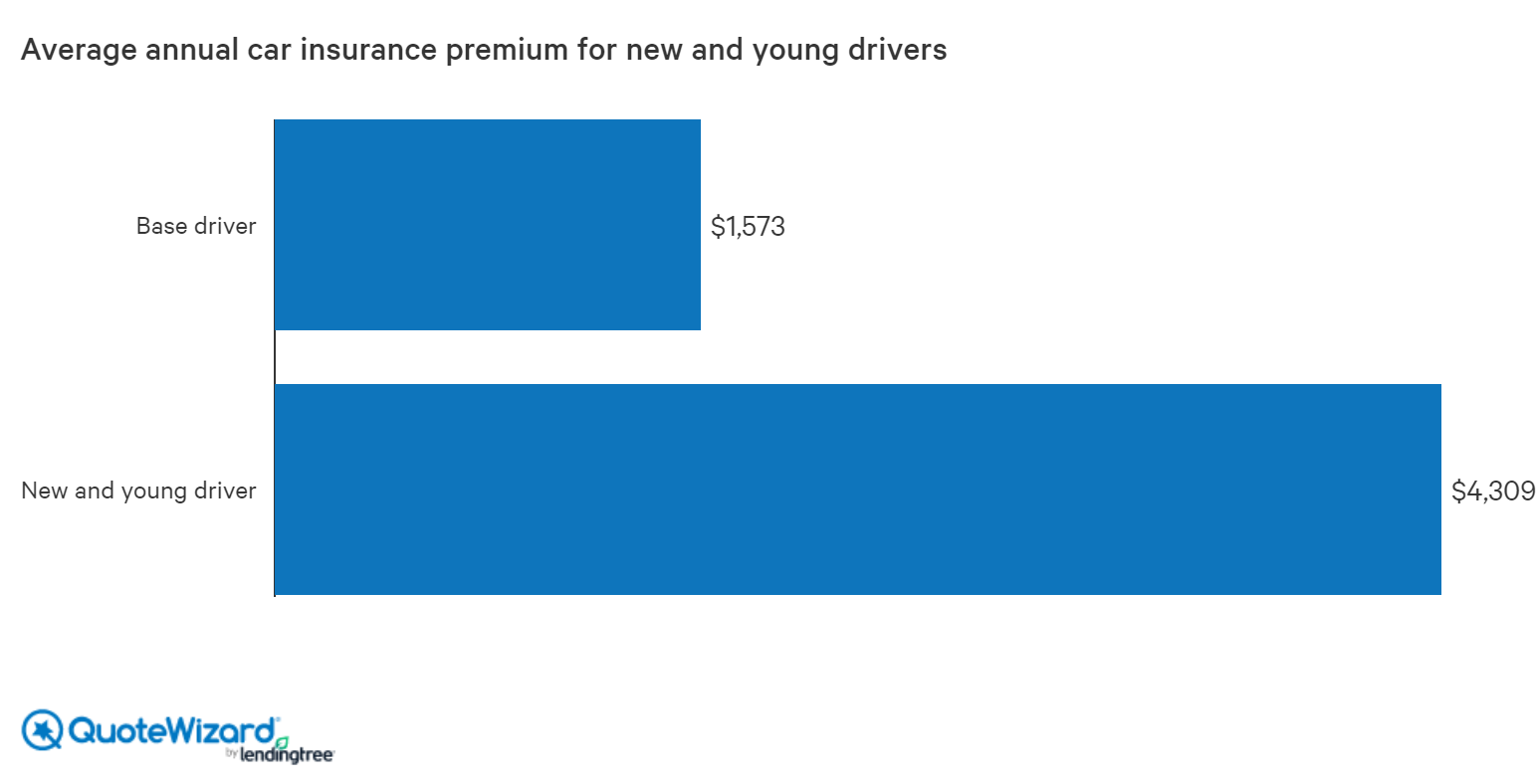 Our data shows that an inexperienced driver pays $2,736 more annually for car insurance than our base driver. Why do young and new drivers pay so much more for car insurance? It's because they have a reputation for submitting more insurance claims, which costs providers more money. Young drivers also have a higher rate of accidents due to inexperience. For those reasons, you should expect to have higher rates for the first few years on the road.

To save money, young drivers may opt to be added to their parents' policy instead of buying their own. Providers usually offer multi-car discounts to people with several drivers in the home.

If inexperienced drivers must buy their own separate policy, they may want to consider increasing their deductible to get cheaper monthly rates. Or, search for car insurance discounts, like those for defensive driving courses and good grades.

If you're considered a high-risk driver by insurers, you'll likely find yourself being charged more for coverage. These are some of the cheapest insurance companies in South Carolina for high-risk drivers:

According to our data, high-risk drivers pay an average $305 per month for car insurance in South Carolina.

This is how much high-risk drivers pay for car insurance compared to our base driver: 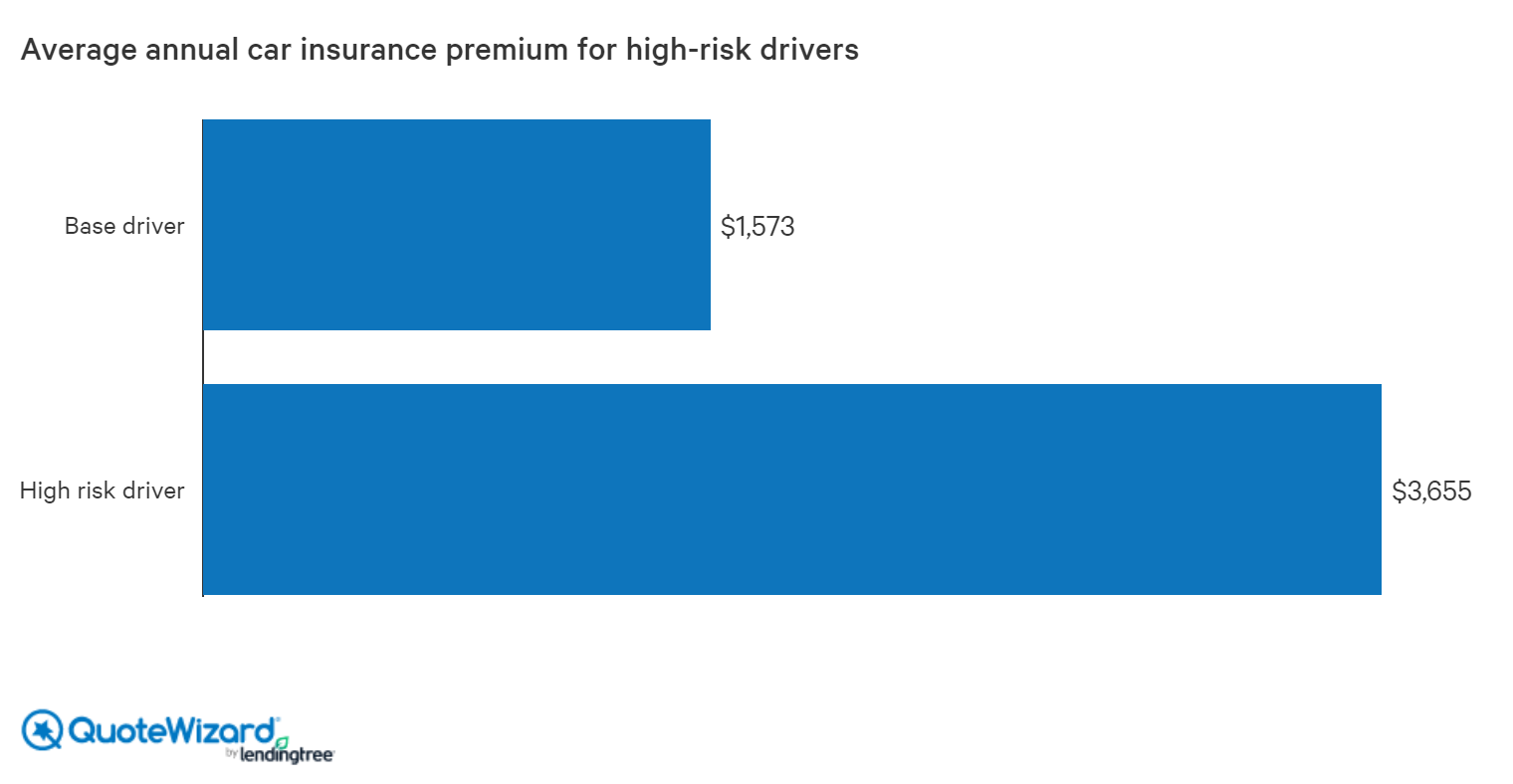 If you're considered a high-risk driver, the best way to avoid pricey premiums is to drive safely to avoid any more crashes or violations on your record. After a few years, your driving record should clear and your insurance rates may drop.

South Carolina residents with a suspended driver's license due to drunk driving convictions or other violations must provide proof of financial responsibility by filing an SR-22 form. An SR-22 form certifies that a driver has the minimum amount of insurance required by state law.

South Carolina state law requires that an SR-22 be carried for 36 consecutive months. If a driver fails to renew their policy 15 days before expiration, a letter is sent to the state resulting in suspension of their license. Once renewed, the license will be reinstated, but this can be a time-consuming process.

Cheapest car insurance for drivers with one at-fault accident

Even being involved in a single accident for which you're at fault can raise your premiums. Based on our research, these are some of the cheapest car insurance companies for drivers with one at-fault accident in South Carolina:

No matter which of the above categories you fall under, if you reside and drive in South Carolina, you must carry the state's minimum insurance requirements. South Carolina, like most states, follows a fault system, also known as a tort system. That means drivers at fault for causing an accident are responsible for all property damage and bodily injury resulting from the crash. You should hold enough coverage to help with these costs, which likely means purchasing more coverage than the minimum.

These are the minimum required auto insurance liability coverages for drivers in South Carolina:

Drivers who live in highly populated cities in South Carolina are prone to higher auto insurance premiums. That's because more populous cities tend to have higher accident and crime rates, which impacts how your rates are calculated. According to our data, drivers in the 10 most populous cities pay an average $124 more per year than the South Carolina state driver average.

South Carolina has a higher than average rate of auto theft. While you might think this only affects drivers whose cars are stolen, areas with high car theft rates have higher insurance premiums for all drivers. And if you only have minimum coverage, you won't be covered in the event of theft. Comprehensive coverage protects your car in case of theft or vandalism.

Minimum liability insurance covers the other driver's damages should you have an accident, but it doesn't defray your expenses after a crash. Plus, as mentioned earlier, it's not hard for the price tag of a serious accident to exceed the minimum liability. Because of this, we recommend getting more than the state's minimum coverage.

It's important to follow local laws to avoid any violations on your record that may increase your insurance rates. For example, driving without insurance in South Carolina can lead to a suspension of your license and registration, plus fines up to $200. A lapse in insurance may also bump up your insurance rates.

Additionally, South Carolina teens can get their driver's license at 17 years old. If they still live with their parents, they can save money by being added to an existing insurance policy.

1These driver profiles were used to conduct research for different categories and gather data from a variety of major insurance companies across several ZIP codes in South Carolina:

Drivers with one at-fault accident