On average, your neighbors pay $103 a month.

Car insurance in New York is expensive, according to our research — particularly compared to what coverage costs in many other states.

Still, it’s possible to find affordable auto insurance in the Empire State, especially if you get coverage from Erie Insurance, GEICO or USAA. Our research found them to be the cheapest car insurance companies in New York for the average driver.

In this article, you’ll find information about the best car insurance in New York for good drivers, young and new drivers, high-risk drivers and more.

Keep in mind that no single auto insurance provider is the best or cheapest for every driver. Auto insurance rates are based on several factors and vary by company. We recommend that you shop around and get quotes from a number of insurers to find the best price for you.

Based on rate data we gathered for the average driver in New York, these companies offer the cheapest car insurance coverage in the state:

According to our research, New York drivers pay an average $2,409 a year for car insurance, or about $200 per month.

This data is based on a standard driver who is a single, 35-year-old male with an average credit score and no accidents on his driving record. He owns a 2012 Honda Accord and drives it approximately 16,000 miles a year. He also carries 100/300/50 auto insurance coverage limits and a $1,000 deductible.

As always, what you pay for car insurance may differ from the figures in this article. That is because companies base car insurance premiums on a number of factors, including where you live and what kind of vehicle you drive.

Getting affordable car insurance in New York is easier if you have a clean driving record, an average credit score or better and a driver’s license for several years. If that describes you, here are the companies our research has found to offer the cheapest car insurance rates in New York for good drivers:

If you’re a good driver in New York, you could pay as little as $104 a month for car insurance, and maybe even less, depending on your individual rate factors. You also might pay more, though. Our data shows that the average good driver in New York pays about $150 a month for auto insurance coverage. Still, that’s $50 per month cheaper than the typical New York driver’s car insurance premiums. 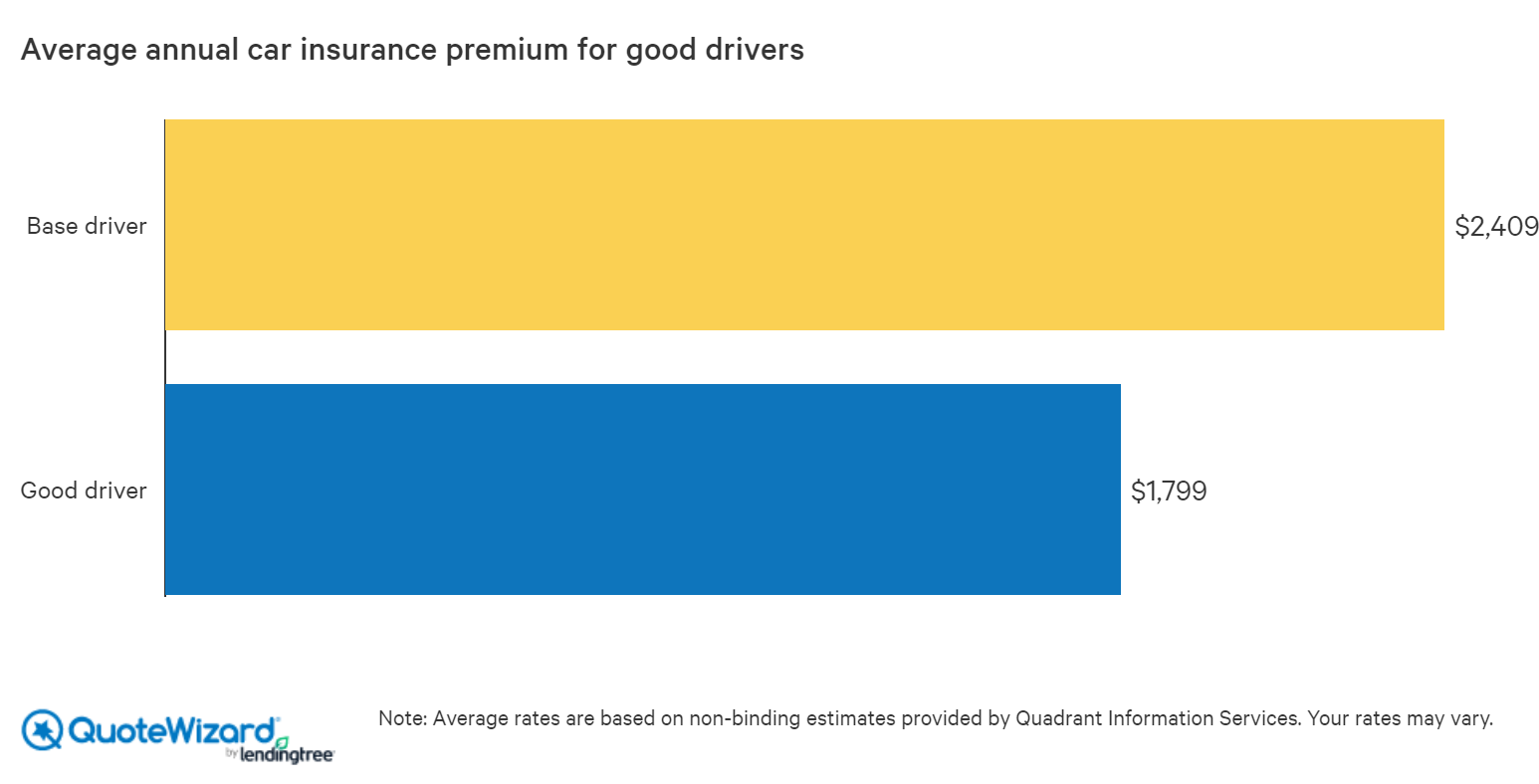 Why do good drivers tend to get lower car insurance rates? Because they’re less likely than higher-risk drivers to file claims and cost their insurance companies money.

Here are the three best car insurance companies for young and new drivers in New York, based on our research:

How does that compare to our base New York driver profile we discussed earlier? See for yourself: 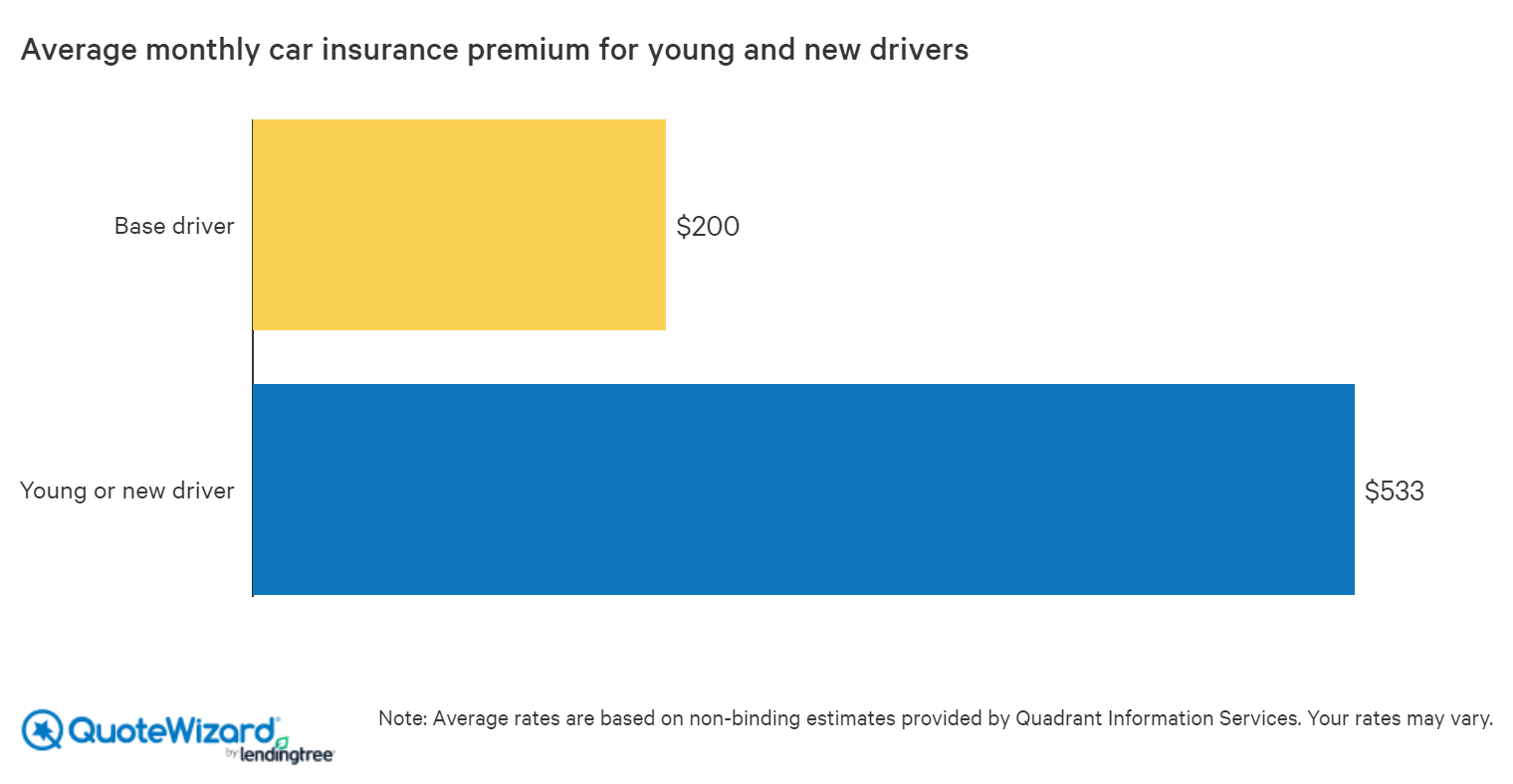 According to our research, first-time and young drivers in New York pay an average $3,984 a year more on car insurance than a standard driver.

Why do inexperienced drivers pay more for auto insurance than drivers who’ve been on the road for a while? New and young drivers are more likely to get tickets or get into accidents. They’re also more likely to file claims. Each of those things cost insurers money, which they pass along to first-time drivers in the form of higher rates.

If you want or need to save money on car insurance as a young or first-time driver, try one or more of the following:

High-risk drivers also tend to pay more for car insurance than average drivers. We found these insurance companies to be the cheapest in New York for high-risk drivers, or drivers with multiple tickets, accidents, DWIs, DWAIs or license suspensions on their records.

Although these amounts aren’t much higher than what a standard driver in New York pays for auto coverage, keep in mind they’re from the best car insurance companies for high-risk drivers. 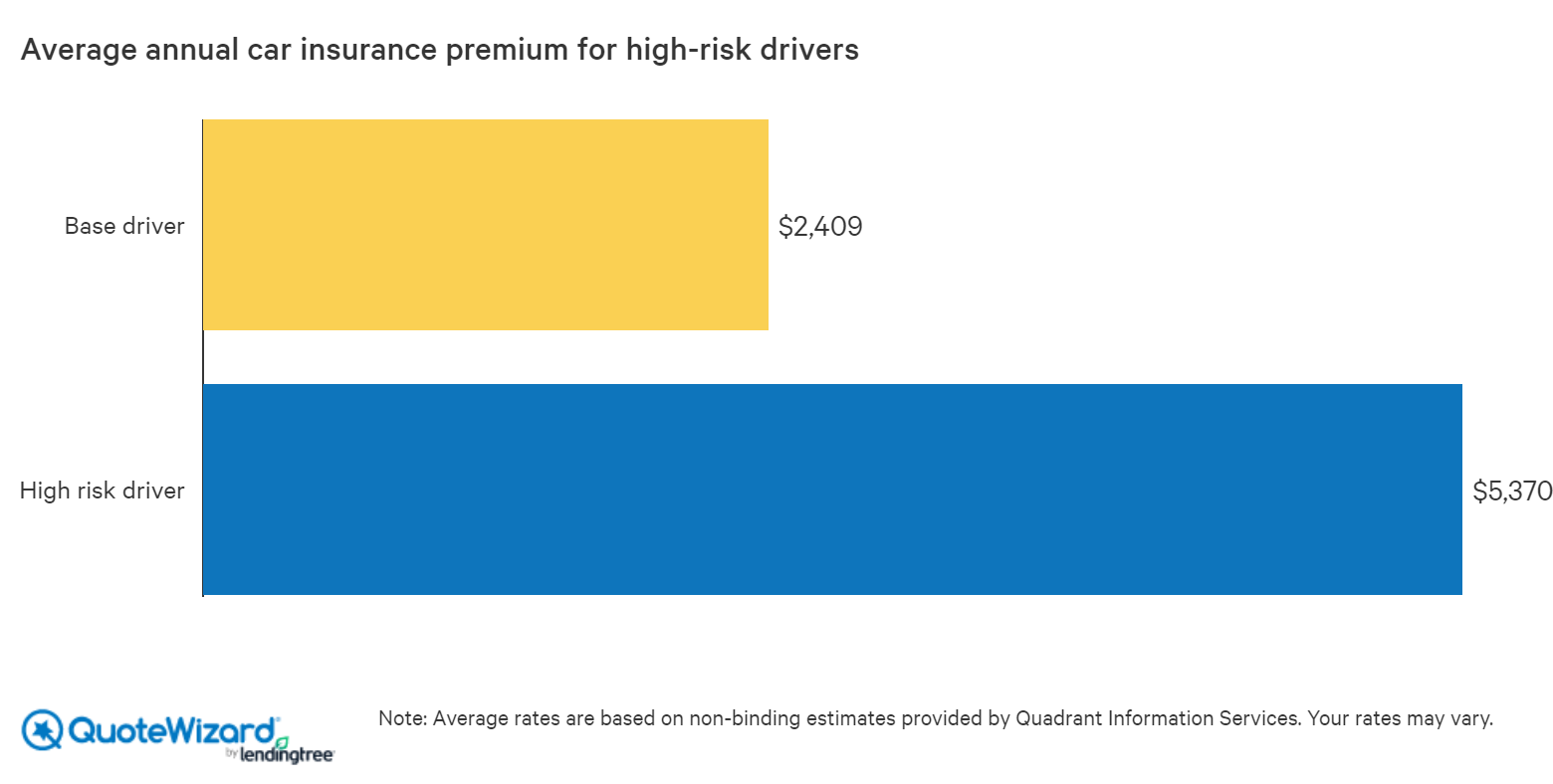 Our research found that high-risk drivers in New York spend an average of $5,370 a year, or $448 a month, on car insurance. That means you might pay a lot more than $2,414 — or even $5,370 — annually for coverage if you have several citations or violations on your record.

You don’t have to be a high-risk driver to pay more for car insurance in New York. Having even one at-fault accident on your record can cause your premiums to go up.

Does this describe your current situation? We found the following to be the cheapest car insurance companies in New York for drivers with one at-fault accident.

New York drivers with one at-fault accident spend an average of $3,562 a year on car insurance, according to our research. In other words, if you have a spotty driving record, getting quotes from several companies while shopping for auto insurance can really pay off.

If you live in one of New York’s most populous cities, you probably pay higher car insurance rates than drivers who live elsewhere in the state.

Drivers in Albany, Rochester, Schenectady, Syracuse and Utica might pay less than the state average for car insurance. Whether that’s true for you depends on factors like your age, gender, driving record and claims history.

If you want to register and drive a vehicle in New York, you need to carry at least the state minimum amount of car insurance. This means your policy’s coverage limits must meet or exceed the following:

New York is one of 12 states that have a no-fault auto insurance system. In no-fault states, accident victims may collect benefits from their own insurance companies, no matter who caused the crash.

Liability coverage helps pay for other peoples’ medical and repair bills if you cause an accident. Personal injury protection, or PIP, pays for your medical expenses after an accident, regardless of who was at fault.

Although you can carry only the minimum amount of car insurance the state requires, doing so could cost you if you’re involved in a serious wreck. Because of this, consider buying a policy with these coverage limits:

Whatever you do, make sure you get at least the state minimum amount of coverage. If you’re caught driving without car insurance in New York, the state could fine and penalize you. For example, your license will be revoked for at least a year, you’ll need to pay $750 to the DMV to get it reinstated and you’ll face up to $1,500 in fines as well.

1We used the driver profiles below to gather data from a variety of auto insurance companies serving New York state:

Our sample good driver is a single, 35-year-old woman with an excellent credit score and zero accidents on her record. She drives a 2012 Honda Accord, holds 100/300/50 coverage limits and has a $1,000 deductible.

Our high-risk driver is a single, 35-year-old male. He has poor credit and one at-fault accident on his record that resulted in $3,000 of damage. His coverage limits are 100/300/50 and he has $1,000 collision and comprehensive deductibles.