How To Insure Cars With A Salvage or Rebuilt Title

Insuring a salvage title car or a car with a rebuilt title can be tricky. Here’s why, plus how these branded titles affect insurance and more. 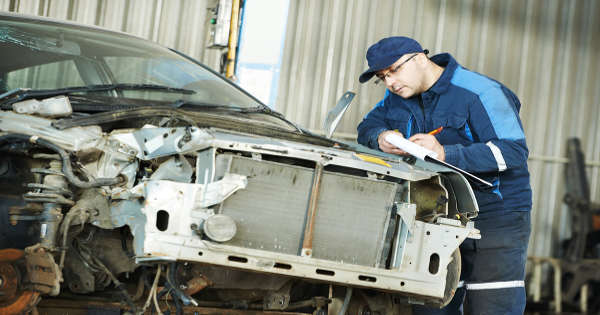 You might save money buying a car with a salvage or rebuilt title, but you also might have a hard time insuring it.

In fact, you probably won’t be able to get insurance, period, for a salvage title car, which in most cases is a car that’s been totaled. Although you should be able to get insurance for a rebuilt title car, which is a salvaged car that’s been repaired, you may not get as much coverage as you want. That’s because many insurers are wary of stolen or totaled vehicles — even after they’re restored to roadworthy status.

Keep reading to learn more about this as well as:

Can you insure a car with a salvage title?

We’ll say more about the difference between salvage and rebuilt titles later on in this article. For now, here’s the gist:

Can you insure a car with a rebuilt title?

Far fewer companies will sell you comprehensive coverage for a rebuilt title car. The main reason for this: It’s difficult for them to determine exactly how much a car with a rebuilt title is worth.

Does a rebuilt title affect insurance?

The main way salvage and rebuilt titles affect insurance is by limiting the types of coverage you can buy for cars with those titles.

To insure a car with a salvage title, you’re probably going to have to do a lot of legwork. Few companies sell salvage title insurance, so you’ll need to shop around to find them.

Why don’t insurance companies cover salvage title cars? Because most cars with salvage titles have been stolen or totaled.

Insurers are especially wary of totaled cars, even after they’re repaired or reconstructed. This makes sense when you consider they usually only call a car a total loss after it’s been damaged so severely that the resulting repair bill exceeds at least 50% of the car’s value. (This percentage differs from state to state.)

You’ll also have to shop around to find a company that will insure a car with a rebuilt title, but the process should be easier than it is for people with salvage title cars.

Shopping around in this situation means:

You might have to take a few other steps to insure a rebuilt title car, too.

For example, some insurance companies will want to see proof the car is in working order. You can give them that proof by having a mechanic certify your rebuilt car is ready for the road.

An insurer also might want you to have the vehicle appraised. In that case, get an appraisal done and then send them the appraiser’s report.

Here are a few other documents you may need to turn in before a provider will send you a quote or sell you rebuilt title insurance:

Can you get full coverage on a rebuilt title?

In particular, many insurers won’t sell comprehensive coverage for a rebuilt title car. And that’s what you need — along with liability and collision protection — if you want full coverage.

Some insurance companies known to cover rebuilt title cars are:

In the end, the best way to find an insurance company that will cover your rebuilt car is to shop around. Compare quotes from several insurers to get your best rate.

What is a salvage title?

Regardless, you can’t register or drive salvage title cars.

Also, the flipside of a salvage title is a clean title. A clean title car has never suffered serious damage.

Is a salvage title the same as a junk title?

No, it isn’t. Junk title is another name for non-repairable title.

States reserve non-repairable titles for vehicles that are so severely damaged no amount of repairs can restore them to roadworthy status.

The only options for people who have a junk title car are to sell it for parts or to have it destroyed.

What is a rebuilt title?

Before you can change your car’s title from salvage to rebuilt, though, it needs to pass a thorough inspection.

On a related note, keep an eye out for the following terms while shopping for vehicles, as people regularly use them when referring to rebuilt titles:

What is a branded title?

All the titles discussed in this article so far — except for clean titles — are examples of branded titles.

State agencies use these brands — like rebuilt, salvaged and even junked — to warn people that a used vehicle sustained significant damage in the past.

Not all states use the same title brands. For example, some states issue specific titles to cars damaged by fire, hail or water.

Also, not all states define their title brands in the same way.

What does blue title mean?

Along with terms like rebuilt salvage title and reconstructed title, you might come across “blue title” while car hunting, too. The blue in “blue title” refers to the color of the paper on which the title is printed. And in most states, titles printed on blue paper tend to be salvage titles.

Car titles come in other colors, too. Rebuilt cars usually get orange titles, while cars with clean records get green titles.

Is a rebuilt title bad?

Some negatives are associated with rebuilt title cars, however. One is that you might have a tough time getting rid of it when you decide to move on to another vehicle. Many dealers don’t accept autos with salvage or rebuilt titles as trade-ins. Those that do will give you far less than the Kelley Blue Book value for them. You may fare better if you sell it privately, but there’s no guarantee that will happen.

Buying a car with a rebuilt title

Although a totaled vehicle must pass an inspection before it can get a rebuilt title, what that means differs from state to state. Some state inspections of these branded title cars are fairly basic, while others are more thorough and strict.

To protect your potential purchase as well as yourself, get a second opinion and have your own inspection done. Better yet, have the car inspected by a mechanic who has experience with rebuilt title vehicles. They’ll be able to tell you if the rebuilt title car you’re thinking of buying has been properly repaired and is safe for the road.

Here are a few other precautions to take before buying a rebuilt car:

You should be just as careful, if not more so, while buying a car with a salvage title, of course. It typically takes a lot of costly repairs for a salvage title car to become road-safe again.

Should I buy a car with a rebuilt title?

Only you can decide if purchasing a car with a rebuilt title is a good idea.

If you’re struggling to choose between a rebuilt title car and another used car with a clean title, consider the pros and cons discussed throughout this article.

Are you OK with the fact that you may have a harder time getting insurance coverage for a car with a rebuilt title? Do you mind that you might find it difficult to sell or otherwise get rid of your rebuilt title car down the road?

How you respond to those questions could go a long way toward helping you figure out if you should or shouldn’t buy a rebuilt car.

How to get a salvage title cleared

The only way to get a salvage title cleared from a car is to have it repaired and restored to a point where it’s once again safe for the road.

Do that, and the car’s salvage title can be changed to a rebuilt title — after it passes your state’s inspection process.