Private flood insurance can be a great alternative to NFIP policies. Here’s everything you need to know about it. 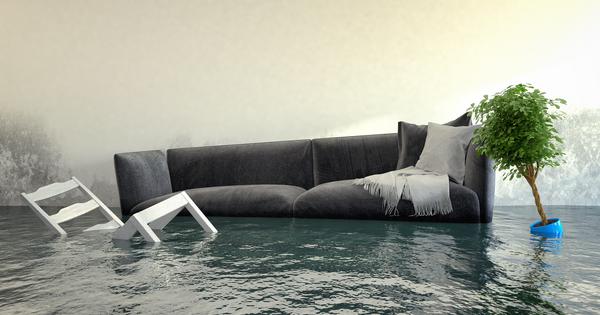 Options for flood insurance are reaching a high point, with many insurers beginning to offer private flood policies. These policies are great alternatives to flood insurance through the National Flood Insurance Program (NFIP), as you may be able to get more extensive and cheaper coverage through a private insurer. Here’s what you need to know about it.

What is private flood insurance and when is it required?

Private flood insurance protects your home’s structure, your belongings, and some external structures like detached garages if they are damaged due to flooding. Not all types of flooding are covered – it must be the result of environmental conditions like hurricanes, storms, tidal waters and mudflow.

Private flood policies account for a small but growing portion of all flood policies. Most flood policies are managed and administered by private companies, but underwritten by the government through the National Flood Insurance Program (NFIP).

The government mandates flood insurance if your home fits both the following criteria:

If your home is located in a SFHA or floodplain, it may be at an especially high risk for flood damage.

The following states purchase the most private flood insurance policies, according to the National Association Of Insurance Commissioners:

The NFIP was created in 1968 after Hurricane Betsy caused widespread damage in Florida and Louisiana. At that time, private companies had become increasingly unwilling to offer flood policies, so the government began backing insurance policies through the NFIP, part of FEMA. In the 50+ years since the creation of NFIP, it has been the main provider of flood insurance.

However, because the government regulates NFIP policies, they are limited to $250,000 of dwelling coverage and $100,000 of contents insurance. Therefore if your home is worth more than $250,000, you should consider private flood insurance to make up for the coverage gap.

Additionally, if you live in a low-risk area, private market flood insurance can be a great option. Because FEMA has a less accurate risk-rating system than private insurers, you could overpay with an NFIP policy.

The changing market means that you can and should shop around for the insurer and policy that’s right for you. In high-risk areas, coverage through NFIP may be your best option, as these policies can receive subsidies. On the other hand, you may overpay with NFIP if you live in a low-risk area; private flood insurance companies have newer, more sophisticated risk-assessment strategies which could work in your favor.

As the number of private flood insurance providers continues to rise, you will have more opportunity to shop around and compare flood insurers. The federally backed NFIP sets premiums based on a risk rating determined by FEMA through Flood Insurance Rate Maps, so insurance through NFIP costs the same regardless of who administers the policy. This is not the case with private insurers, and you can take advantage of these growing options.

The Biggert-Waters Flood Insurance Reform Act of 2012 introduced legislation to allow premiums through the NFIP to rise in order to mirror actual flood risk. Practically overnight, some people saw their premiums shoot through the roof, causing a panic and partial rollback of the law in the next year. This has stabilized NFIP premiums temporarily, but FEMA plans to introduce a new risk-rating system in October 2020, which could raise some premiums, and lower others.

Additionally, you may have increased access to private insurer options thanks to a recent legislative change. Because NFIP premiums do not reflect actual risk, FEMA is $20 billion dollars in debt. In an effort to reduce that debt, further legislation built off Biggert-Waters went into effect on July 1st, 2019, requiring mortgage lenders to accept private flood insurance as sufficient coverage. Previously, lenders could require flood coverage through the NFIP, and reject private flood insurance coverage.