You may think home insurance protects you from any damage to your home, but there are many hazards a standard homeowners policy doesn’t cover. Find out how to best protect your home. 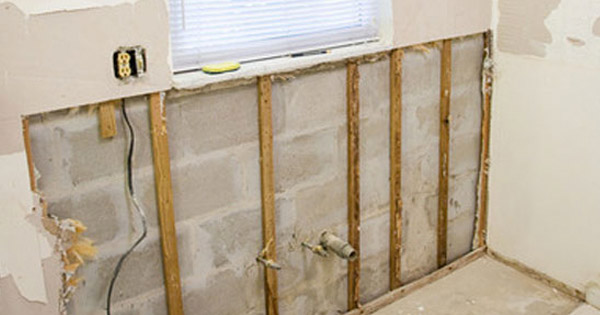 Homeowners insurance is a required purchase for most with a mortgage. However, homeowners aren’t required to know the details.

Do you know the fine points of your homeowner’s insurance policy?

Many homeowners simply "buy a policy without reading it," says Chris Hackett. He’s the Director of personal lines policy. And he works for The Property Casualty Insurers Association of America.

Below are 15 especially noteworthy examples to take into account when weighing coverage options.

Most standard homeowner’s policies cover water damage caused by pipes bursting in your home. However, costs related to replacing or repairing them may not be.

Also, if water pipes burst because of negligence, it's possible your claim will be denied.  Prevent frozen pipes by completing the following, before winter sets in:

When it comes to homeowners insurance, all dogs are not treated equally. Some insurers won't cover injuries caused by certain "high risk" breeds.

Even if the liability components of their policies otherwise protect against pet-related afflictions.

Click here to learn more about how your dog can impact your homeowners insurance rates.

Earthquakes aren’t covered by standard homeowner’s insurance policies. If you want that coverage, you’ll need to purchase a separate policy.

“Washington and Nevada are great examples of states highly prone to these natural disasters. Not many homeowners are aware that earthquakes are covered on separate policies,” says Scott Kipper. He’s the Commissioner of the Nevada Division of Insurance.

Unexpected trauma often leads to a need for psychological counseling. Especially when that damage occurs to one’s home.

Most homeowner’s policies don’t cover damage or other losses caused by flooding. In fact, “floods are excluded on almost every homeowners policy," according to Kipper.

Hackett suggests that, "depending on their geographic location, property owners should consider buying optional coverage." The most common is from the federal government’s National Flood Insurance Program.

This is a tricky one. Some homeowner’s insurance covers mold. However, there’s usually some kind of catch.

For example, they may pay for the cleanup of mold that was caused by a pipe that burst. But if the pipe burst due to your lack of maintenance, your claim could be rejected.

Also, even if the claim is accepted, it'll probably be capped at a lower dollar amount. Meaning more out of pocket costs for your repairs.

About three million people in the United States live within 10 miles of an operating nuclear power plant. This is according to the Federal Emergency Management Agency.

If you live within 10 miles, are you covered by an accident? Bad news, you aren’t covered.

Good news, the Price-Anderson Act passed in 1957, protects you.

Damage caused by sewage system backups isn't addressed by homeowners insurance. Cleaning up and restoring a basement that's been hit by this type of incident is expensive. It can cause repairs anywhere from $5,000 to more than $25,000.

You should be able to buy additional coverage or a separate policy for this issue. If you'd like to get the lowest rates, let QuoteWizard help you compare home insurance quotes from top companies.

A hurricane can cause two perils at the same time, wind and flooding. While wind damage may be covered, damage from water isn’t.

Fortunately, extra coverage is available. Check with your agent.

These geological features fall into the same category as earthquakes and floods. Don't count on your insurance provider to cover losses resulting from a sinkhole.

Florida and Tennessee are the exceptions. Most standard homeowner’s policies in Florida reimburse for “catastrophic ground cover collapse”.

Termites may be small, but they can do a lot of damage. It’s worse when they go unnoticed for some time.

Even worse, the devastation is unlikely to earn an insurance company's sympathies. Most homeowners policies don't protect against damage and destruction caused by termites.

Keep on top of them by using a pest control company on a regular basis.

There are a few events and incidents that the insurance industry has declared "fundamentally uninsurable". Terrorist acts—events involving the use of biological, chemical, nuclear, or radioactive weapons--are one of them.

Most insurance companies don't look at trampolines as harmless pieces of play equipment. Trampolines are responsible for a surprising number of emergency room visits each year.

As such, many providers won't cover trampoline-related injuries. And some will withhold coverage entirely if you have one on your property.

Just as acts of terror have been declared uninsurable events, so too have acts of war. If some sort of biological, chemical, or radiological attack damages your house, your homeowner’s policy won’t help.