When to Fight a Traffic Ticket 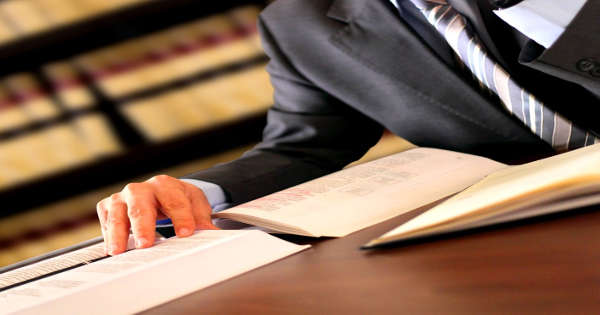 The first thing most of us think when we’re handed a traffic ticket is: how can I make this go away?

For a lot of people, that question’s often followed up with: should I bother fighting it?

Which of these options is the best one? That’s a question only you can answer, although the situations detailed below should help you determine which course of action makes more sense.

Before we get to what might push you to fight a ticket or pay the associated fine, you should know the following:

Fighting a ticket takes more time and effort than you may realize. In fact, Michigan-based lawyer Aaron Larson says that “many people are disappointed by their first experience with traffic court.” He even goes so far as to compare the process to an “uphill battle.” So, don’t go into it thinking it’ll be a walk in the park.

Not all tickets are created equal. Some are classified as violations. Others are classified as misdemeanors or crimes. A few examples of violations are speeding or running a stop sign or a red light. More serious offenses like DUI or reckless driving, on the other hand, are crimes.

Some experts think you should fight every single traffic ticket. Adam Rosenblum, a principal with The Rosenblum Law Firm in Albany, New York, is one of them. “Almost every ticket that carries the risk of increased auto insurance begs for someone to fight it, particularly in jurisdictions where tickets can be reduced by plea bargain and insurance increases can be reduced or eliminated,” he says. You also should fight “tickets that are clearly erroneous and easily won in court.”

When to Fight a Traffic Ticket

With that out of the way, a number of insurance agents, attorneys, and other experts say you should head to court if:

Why? Barry Kowitt’s response is that you’ve got little to lose and lots to gain by taking these kinds of tickets to traffic court.

After all, says Kowitt, one of the founding partners at the Florida-based firm of Unger & Kowitt, it’s more than possible that doing so will result in the judge dismissing your ticket. Even if it isn’t, it’s likely that the fine or points tied to your ticket will be reduced.

There are numerous reasons you should contest your first ticket. Perhaps the most important one, though, is that keeping your driving record clean for as long as possible can benefit you in a lot of ways.

For example, police officers, prosecutors, and judges are more likely to go easy on you if your record is free of tickets. Police officers may let you off with a warning when you’re pulled over, while judges might reduce or even dismiss the charges against you.

If you can’t get out of this first ticket, and if your car insurance rates go up because of it, shop around and compare quotes from several insurers to get the lowest rates.

Forty-one states use some sort of “points” system that tracks the driving performance and traffic violations of its residents.

If you live in one of these states, you might find yourself in a position where you’ll lose your license if you accumulate any more points.

In that happens to you, you’ll want to fight every traffic ticket that comes your way. This is one of those situations where you should go to court because you’ve basically got nothing to lose and everything to gain.

For more information on how points can affect your car insurance, by the way, check out our article on the subject: How Driver's License Points Affect Car Insurance Rates.

The officer involved in your case “caught” the wrong car

Every once in a while, a police officer pulls over the wrong car. They might see a black sedan change lanes without using a signal. Thanks to the number of other vehicles on the road, though, they pull over a similar-looking black sedan instead of the one that actually broke the law.

Admittedly, proving that isn’t easy. It’s not impossible, though -- especially if you can show that an obstacle or obstruction may have tripped up the officer in question.

Here’s another situation that has caused a lot of tickets to be torn up. Granted, to succeed with this strategy you’ve got to prove that the officer who pulled you over couldn’t have seen you break the law. Maybe a building blocked her view, or a fence or a tree.

If you can show that to be a real possibility, you’ll be well on your way to having your case dismissed or your penalty reduced.

You broke a traffic law while trying to avoid an accident

Were you given a ticket for failing to use your signal before you changed lanes? If so, and if your reason for doing that was to avoid hitting another car, bring it up when you get in front of a judge.

This is a good idea because the law says you can claim “necessity” if you’re forced to quickly switch lanes to avoid another car, person, or animal. The same is true if you have to go over the speed limit to avoid an out-of-control or otherwise dangerous vehicle.

On a related note, don’t be shy about telling a judge that strange noises or similar mechanical issues caused you to:

You got a ticket for speeding, even though you were driving safely

You might think speeding is speeding and, as a result, whenever you’re caught doing it you deserve to get a ticket.

In reality, though, it’s perfectly legal for drivers in a lot of states to go slightly over the speed limit if it’s safe to do so given current driving conditions.

The key word here is “slightly.” If you’re caught going too far over the speed limit, you’ll have a tough time convincing a judge to let you off with a slap on the wrist.

When police officers hand out tickets for either of these offenses, they do so for subjective reasons. In other words, they make a judgment call that is ripe for being challenged in court. This is especially true if you can convince a judge that you turned or changed lanes safely.

A lot of people assume it’s impossible to fight tickets that result from traffic cameras or radar guns. Those gadgets aren’t perfect, though. In fact, radar guns won’t work properly if they aren’t regularly re-calibrated. Plus, officers who use them are supposed to check their calibration in a specific way after they hand out a ticket.

If an officer who pulls you over can’t prove she followed that rule to a T, don’t be afraid to suggest at your hearing that the radar gun used in your case may have provided a faulty reading.

Be sure to challenge camera-based tickets, too. If the photos or video footage that caused you to be ticketed aren’t brought to court, ask the judge to dismiss your case.

There are errors on your ticket

Don’t expect your ticket to be torn up if your name is misspelled on it. Instead, look for instances where the wrong law, road, or even highway is mentioned.

This is why so many experts suggest you spend some time researching the charges brought against you. After all, if you don’t look at your ticket and research which law you allegedly broke, you can’t tell a judge it includes one or more errors.

You’re pulled over for a serious offense

Anytime you’re cited for a serious offense like reckless driving or DUI, fight the charge in court.

Why? Doing so could prompt the judge to reduce your charges to something less serious. Plus, it’ll give you time to find an attorney – if you decide you need one.

If you get a ticket for a moving and a non-moving violation at the same time, fight (or ignore) them together

Don’t feel bad if your first response to this kind of situation is to pay the fine tied to the non-moving violation and then fight the moving violation in court. That’s what most people do.

When to Just Pay the Fine

On the other hand, it’ll probably be in your best interest to pay the fine associated with a ticket if:

It’s tied to a non-moving violation

This is one of the few situations where most experts suggest it’s better to pay a ticket’s fine than take it to court. In large part, that’s because the fines in question tend to be small.

They also rarely add points to your license or otherwise mess up your driving record. (Unlike many of the moving violations mentioned earlier.)

Given all of the above, there’s really no reason for you to push to see a judge.

Some lawyers say that fighting a ticket tied to a traffic camera is an exercise in futility. Others say the opposite. As such, it’s up to you to decide if it’s a good use of your time to contest one of these tickets to court.

It’s your word against the word of a police officer

“Students and friends often tell me they want to fight their tickets, and more than 90 percent of the time I discourage it as a waste of time,” says San Diego’s Walter Meyer, who has taught traffic school for over 20 years.

“If you think the judge is likely to take your word for something over that of a cop, you're probably mistaken,” he adds. “Police officers are taught to testify in a way that sounds exact and credible. Most [other] people blather and present their ‘facts’ poorly.”

Plus, Meyer says, “there is no shortage of people to ticket. Drivers break traffic laws constantly. So, in theory, there is no reason for this officer to have to make up lies about you, [while] you clearly have a vested interest in lying to cover your own butt. If you were a judge, who would you believe?”

Does Meyer ever encourage someone to take a traffic ticket to court? Actually, he does—“when someone can demonstrate that they didn't do what they're accused of,” he shares.

You doubt you’ll win in court

Let’s be honest: sometimes you just know a judge won’t reduce your fine or dismiss your ticket.

If that describes your situation, you might as well avoid the hassle of taking things to court and pay the fine instead.

Don’t make that decision too hastily, though. Guilt and innocence in these circumstances rarely is clear-cut, after all, so don’t let a simple lack of confidence keep from fighting your ticket.