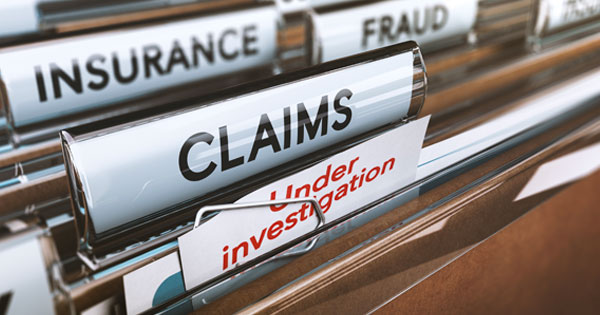 Think insurance fraud only hurts insurers and doesn’t impact you? Think again. Insurance companies need to compensate for money lost due to fraud and raise rates for everyone – even those who haven’t committed fraud –to make up for it. And there are also types of insurance fraud that target individuals, not companies.

Car insurance fraud is when someone deceives an auto insurance company for financial gain. There are two types of car insurance fraud that have different implications and levels of severity. These include soft fraud and hard fraud.

For example, if someone injures their back in a fender bender, but exaggerate their injury to gain more compensation, they are engaging in insurance fraud. Also, if a driver claims that a pre-existing medical issue is due to a recent accident, they are committing soft insurance fraud.

One example of hard insurance fraud is a car owner staging a break in and stripping their car of valuables like wheels, seats, the radio, and more. They then file an insurance claim for the ‘stolen’ valuables to collect compensation.

Another common example of hard insurance fraud is a ‘forced’ accident, especially rear ends. A driver will pull in front of another car and brake hard. The other driver won’t have time to stop, and they’ll rear end the car. The fraudster will file a claim for the damages, and they may also claim a neck or back injury. A rear end is almost always considered the fault of the driver who hits the back of the other car, especially if there are no witnesses or video evidence. This makes it an attractive ruse.

The justice system prosecutes auto insurance fraud. Punishments vary from state to state. Depending on the severity of the crime, it will be categorized as a misdemeanor or a felony. If you’re charged with fraud (either a misdemeanor or felony), the impact is long-term – it will go on your criminal record. That’s why it’s important to be honest when reporting claims to your insurer.

Most car insurance fraud convictions are for soft fraud. And soft is generally treated as a misdemeanor. If you distort your injuries for more money or file several claims for a single injury, for example, you could face a misdemeanor charge for soft fraud. This comes with legal punishments.

According to InsuranceFraud.org, a soft fraud conviction “can carry a fine of up to $15,000.” A misdemeanor conviction could also mean probation and even possible jail time. That jail term can’t be longer than five years and generally isn’t doled out except in extreme cases, like repeat offenders.

A felony charge for insurance fraud requires destruction of property. When it comes to auto insurance fraud, this usually means arson. It’s also possible if somebody is killed during a staged accident. Those examples qualify as hard fraud and will cost you more than just a fine.

The penalty for a felony insurance fraud charge is much more extreme than a misdemeanor charge. If you’re convicted for a felony, you’ll can face between five to 10 years in jail. In addition to possible jail time, you’ll probably have to pay a fine. That fine can go up all the way to $150,000, but the monetary amount and jail time vary from state to state and depending on the crime.

Car insurance fraud doesn’t only impact insurer profits, but also your rates. That’s because insurance companies partly base policy prices on their losses. The more losses filed in your city or state, the higher your insurance prices go to compensate.

What to Do If You’re the Victim of Insurance Fraud

Your insurance carrier may have anti-fraud and criminal investigators that aim to prevent insurance fraud. They work to train employees to look for fraud, investigate suspicious claims, and collaborate with law enforcement to track down the source of fraud.

Q: Is insurance fraud a felony?

A: Insurance fraud can constitute a felony, yes. But that’s not always the case. It depends on whether it’s soft or hard auto insurance fraud.

Soft fraud, when a legitimate claim is exaggerated for financial gain, usually results in a misdemeanor, not a felony. Most types of insurance fraud fall under this category. In fact, it’s even possible to unintentionally commit soft fraud.

Hard fraud is when a person intentionally causes a loss to then file a claim, like a collision, theft, or fire. Hard insurance fraud results in a felony charge if there is destruction of property. That could include a staged accident where someone was killed, or arson. If you’re charged with a felony for auto insurance fraud, you could serve five to 10 years in prison.

Q: If I fake my grades for an auto insurance discount, is it considered fraud?

A: Some car insurance companies offer savings to students with good grades. In order to get this discount, you’ll have to provide an official transcript that confirms the good grades. If you, as a student driver, decide to change your grades on that transcript, you could be found guilty of insurance fraud.

It may seem like a small change for a bit of a discount, but you could be subject to the legal implications of insurance fraud. If you’re found guilty it would mean a misdemeanor charge, which can result in a fine up to $15,000, probation, and even jail time under five years.

Q: Is there a time limit to being prosecuted for car insurance fraud?