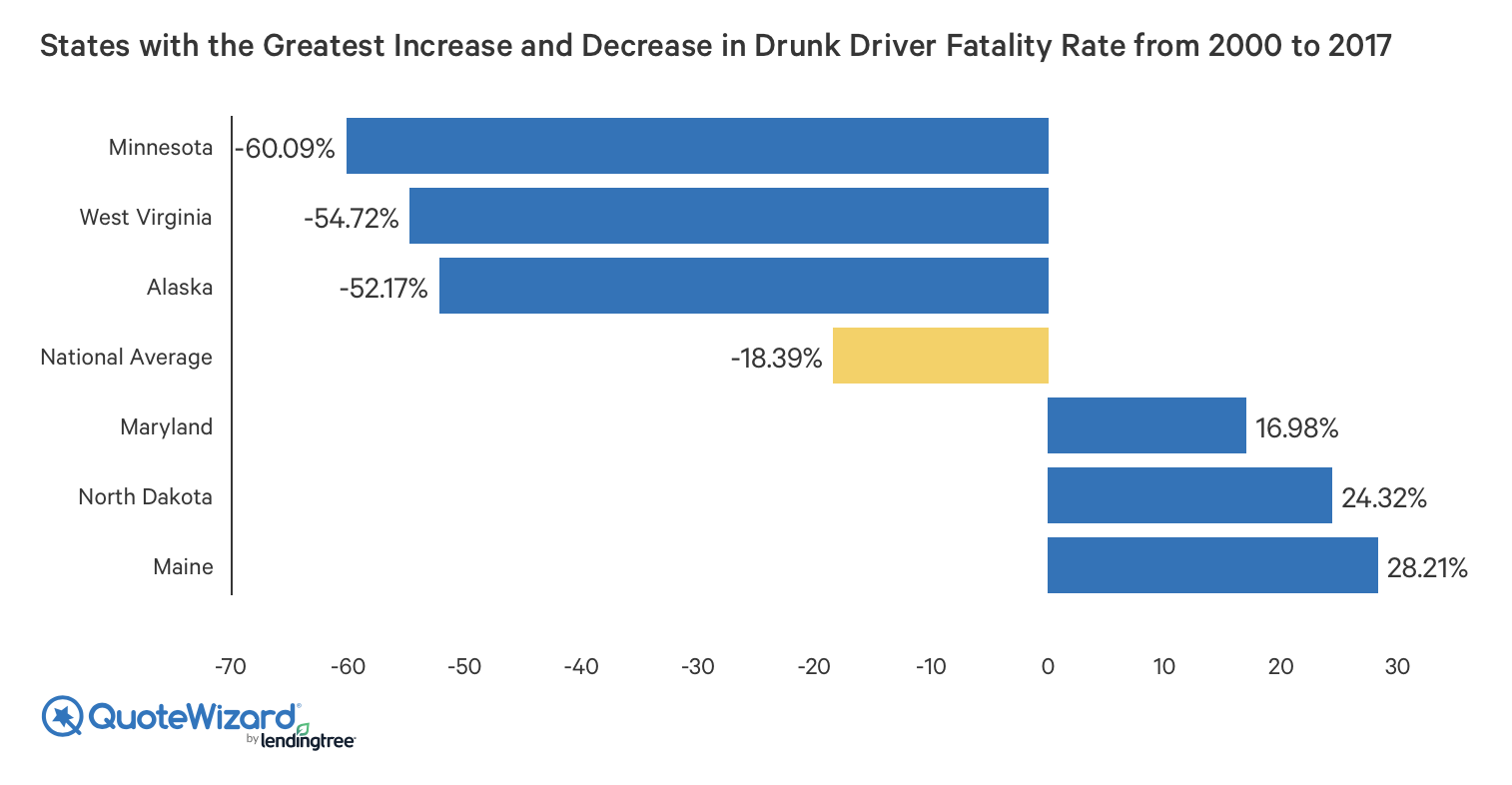 The overall trend can be attributed to a number of factors, but local enforcement and awareness campaigns such as Drive Sober or Get Pulled Over are big reasons. 43 states have seen a decrease in drunk driving fatalities since 2000. In states with less DUI fatalities, law enforcement’s efforts to catch drunk drivers plus harsher penalties for drunk driving are leading reasons for lower fatality rates. The introduction of rideshare services like Uber and Lyft are also helping keep drunk drivers off the roads. We here at QuoteWizard wanted to see which states have seen the biggest decrease in drunk driving fatalities.

From the year 2000 to 2017, technology has made major advances in consumer services. Smartphones make nearly everything one touch away, including a ride through Uber or Lyft. While ridesharing services are still fairly new and their impact on reducing drunk driving is not strongly correlated, there are still some promising figures that show ridesharing does help reduce drunk driving.

In 2013 when Uber began operations in Seattle, a company study found their entry into the market was associated with a 10% decrease in DUI arrests. Uber’s ridership trends show that demand for rides peak around times when drunk driving accidents occur most. Studies from Temple University and West Carolina University also show the introduction of ridesharing services around the country lead to a decline in fatal accidents.

Affordable and easy to use transportation wasn’t so widely available in 2000, but it’s now common. Technology is playing a role in reducing drunk driving fatalities. The human error and human element of judgement is still similar from 2000 to 2017. Now we’re able to leverage technology to avoid situations where we’re getting behind the wheel drunk.