Your Job Can Affect How Much You Pay for Car Insurance 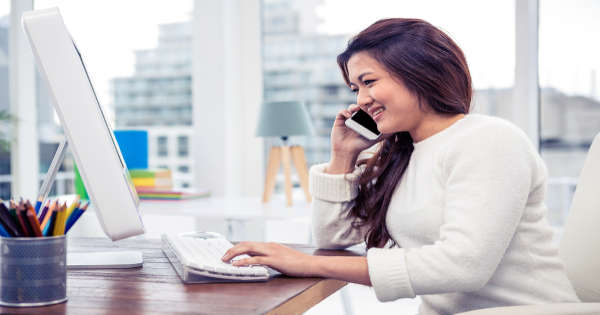 Your Job Can Affect Your Car Insurance Rates

Some insurance companies ask about your education level and current job to determine your auto insurance premium. Surprising studies from consumer groups reveal that many insurers will use this information to charge lower income workers higher premiums for liability coverage

In April of 2014, the New York Public Interest Research Group (NYPIRG) released a report. They were documenting the rate-setting practices of several major auto insurers in New York State. They received hypothetical quotes from insurers using several versions of a fictional client profile.

In all versions, the client was a 30-year-old single female living in a middle-class area. Her income was between $30,000 and $40,000. Her car was a 2008 Honda Civic, she drove it approximately 7,500 miles per year and had no history of car accidents or traffic citations.

What varied was how educated she was and the job she worked. For each insurer, the research group would submit two versions of the fictional woman to receive a quote for her premiums.

On average, insurance companies charged entry-level workers with a lower education more. They were charging 18 percent higher annual premiums than the college educated worker. The average amounts ended up being $1469 for the teller and $1247 for the executive.

While this spread may not seem astounding, the individual rates offered by the companies varied greatly. The study covered three out of the five largest New York auto insurance companies: GEICO, Progressive and Liberty Mutual.

Andy Morrison, spokesperson and consumer advocate working at NYPIRG stated that the organization “obviously [had] concerns about the disparate impact,” considering it a “big problem.” He added that they would be  “calling on regulators in New York State to take a look at this issue,” as well as the state legislature.

After receiving the report, New York State assemblyman Kevin Cahill brought the findings to the floor of the state assembly. There, he held a seven-hour hearing to discuss his concerns over insurance regulation and the impact auto insurance business practices were having on less well-off consumers.

Around the same time the NYPIRG were conducting their study, the Consumer Federation of America, or CFA was too. They found that most region’s rates for differing education levels and jobs were similar to those in the NYPIRG report.

In a press release, the CFA revealed that the difference between job and education level could reflect a huge change in the rates a customer would be charged. GEICO and Progressive had the most noticeable difference. Some carriers had no difference or did not request data regarding job or level of degree.

Using example profiles of a factory line worker and a plant supervisor, GEICO would charge the factory worker significantly more per year in several major cities:

Even when the career stayed the same, education level made a large difference in GEICO’s rates. Factory workers who only have a high school diploma may pay around $100 more per year compared to factory workers with college degrees.

Progressive also had consistently higher premiums for factory workers than plant supervisors — the highest was in Baltimore with a 33 percent spread. Liberty Mutual was another company that exhibited this trend, with the difference averaging around 10 percent for several major cities.

Another troubling finding from the CFA’s report was that insurers were likely to charge high rates for you if you lived in poor urban areas. The study obtained quotes for low income zip codes in Chicago, Baltimore, Hartford, Oakland, and Houston.

78 percent of insurers charged over $900 for yearly liability premiums. These numbers sometimes soared over $2,000 per year. Allstate and Farmers charged the most.

Other programs tried to stop this practice. A special insurance program for low income drivers in California gives rates of $338 per year regardless of the area you live in. These programs serve as a model for insurers. Similarly, California doesn’t allow a credit check as part of the quoting process, and there isn’t a higher rate of claims as a result.

Your job and education level can directly affect your auto insurance premium, but insurance underwriters weigh its impact differently. Compare quotes to find out which car insurance company treats your profession the best.

The New York Insurance Association defended the practices of partly basing insurance rates on your job and education level. NYIA’s president Ellen Melchionni says the only reason the factors were used was because studies have shown a strong link to risk.

“Companies are only allowed to use factors that are predictive of loss,” she asserts. She also added that, “companies use a variety of underwriting factors to determine the price of a policy, all of which have been approved for use by regulators.”

The reality is that insurers want to avoid not charging enough for risk. Some jobs attract safe drivers. For example, scientists pay some of the lowest auto insurance rates. Engineers, teachers, and pilots also get the best rates.

“Certain customers are more valuable [in terms of low risk], and companies are looking at all legally allowable ways to find the customer least likely to file a claim,” explains insurance expert Des Toups.

Assumptions that GEICO and other underwriters make in regards to education and job don't tell the full story. A 2004 study by the Quality Planning Corporation (QPC) found that drivers with "preferred" careers often get in as many or more car crashes. Several surprising jobs made the top ten, including student, doctor, attorney, and engineer.

So why do doctors pay less for auto insurance than blue collar workers if they are involved in more car accidents? In spite of their poor driving records, doctors are still cheaper to insure. Drivers with better jobs file less claims than drivers with high risk professions. For example, a doctor with a $150,000 salary involved in a minor fender bender is much more likely to pay for damages out of pocket than a laborer making minimum wage.

This is another bonus for higher income workers. They can keep accidents off their driving records. People that can afford to pay out of pocket for car repairs can avoid filing insurance claims. This keeps their rates low.

Even though insurers fight to justify their practices, the general public is not convinced. Surveys in 2012 revealed that 68 percent of respondents considered the use of education in rate setting unfair. 65 percent said that they considered using jobs unfair too.

People who had moderate incomes of $25,000 to $50,000 had even higher percentages for this response, with 74 percent saying education was an unfair criteria and 69 percent saying job should not be used.

The main reason people oppose these practices is that they burden the less advantaged. People with less education tend to get lower paying jobs. They end up paying higher insurance rates.

Many minorities are often less educated and earn less money. Because of this, pricing schemes target them. “In effect, auto insurers are discriminating on the basis of income and race,” says CFA’s Director of Insurance J. Robert Hunter. They now must choose between purchasing necessities for their families or high insurance rates.

Speaking on behalf of the NYPIRG, Andy Morrison echoed this concern by saying, “insurance rates should be based on how you drive, not who you are.”