How to Fight Traffic Tickets

Learn why you should fight traffic tickets, as well as the best strategies for keeping speeding and other moving violations off your driving record. 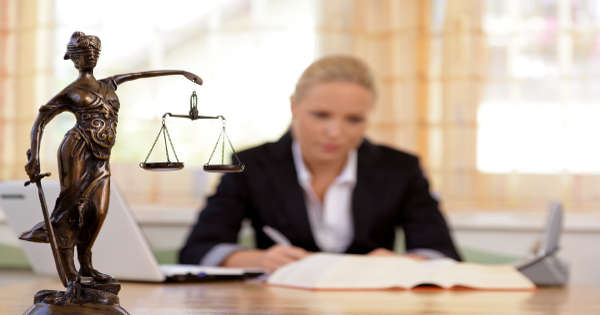 Assuming your driving record isn't completely abysmal, your options are pretty limited after you find yourself on the receiving end of a traffic ticket.

Basically, you can pay the associated fine, you can attend traffic school, or you can fight the citation in court.

Most people choose the first option because it’s the easiest of the three.

Also, a lot of folks seem to think that paying the fine is the only real option in this kind of situation, either because they don't know defensive driving school is an option or because they assume it's impossible to "beat" a traffic ticket.

Statistics certainly support the last claim. For example, nolo.com recently reported that only about three percent of those pulled over for speeding or other related moving violations ever challenged the resulting citations in front of a judge.

That’s too bad.  Doing so certainly doesn’t guarantee that your ticket will be torn up and thrown in the trash. However, the odds of leaving the courthouse in a more positive state than when you entered it are better than you may think.

In fact, Lisa Donaldson, a partner with the Seattle-based law firm, Donaldson & Knigge, LLC, suggests requesting a contested hearing for any infraction you receive. After all, she says, the vast majority of the ones she encounters every day "are dismissed or amended to violations which will not damage a person's driving record."

The Dangers of Not Fighting a Ticket

Before we get to some of the steps you can take to increase your chances of getting a ticket dismissed, or at least having your fine or some other aspect of the citation reduced, you should carefully consider everything that could happen if you don't go to court.

For example, should you decide to take a pass on fighting your charges, here are a few of the things you may have to deal with instead:

Compare quotes to find out how much even a single ticket can increase your insurance rates.

The Benefits of Fighting a Ticket

On the other hand, here are some of the positive things that could result from you challenging your accusations in front of a judge:

Four Things to Do Before You Head to Court

If after reading the above you decide to go ahead and fight your ticket, here are a couple of things you'll want to do, or at least consider doing in advance of walking into court:

Bring on an expert—If you aren't confident that you'll be able to handle things on your own, you may want to hire an attorney. Donaldson certainly recommends this course of action, in large part due to the fact that "attorneys are able to spot technical and procedural issues which most folks would never even think of."

Something to keep in mind here, she adds, is that attorneys generally aren't "trying to prove their clients did not commit the infraction. They are requiring the prosecutor and the court to bring the case to court in a timely manner and to provide sufficient evidence to prove the case. If the court and prosecutor fail to do so, the attorneys are able to get the case dismissed or amended."

Don't pay your fine—You have a choice of either tackling things on your own or with the help of your attorney. However, your initial reaction to being handed a ticket may be to pay the fine attached to it as soon as possible. That's not the best idea though, if your goal is to fight the charges in court. Doing so is akin to admitting guilt.

As an example, Donaldson points out that in the state of Washington, "a ticket must be supported by a written report filed by the officer in a timely manner. In some cases, an officer fails to file his or her report with the court; in other cases, the report they file does not prove that you have committed the infraction. If a judge has an opportunity to review these cases they will dismiss them. If you simply pay the ticket, the judge never has an opportunity to dismiss the case, and the violation will appear on your driving record."

Look for errors on your ticket—Getting your name misspelled is minor compared to the kind of errors we’re talking about here. You should look for mistakes police officers might have made when writing you a ticket. Also look for mistakes related to where the traffic infraction supposedly took place, the time and day, or mistakes related to the make of your car. Any of these errors could potentially get your ticket dismissed.

Research the law you supposedly violated—Specifically, find the location of the law or laws mentioned on your ticket.  A number will correspond to the law or laws in question.  Note that the terms “statute" or even "vehicle code section" may be used in place of "law."

At any rate, tracking down the text of the law you allegedly violated and breaking down its various components can allow you to more easily figure out if you actually violated it or not. And if, after all of that research, you're pretty sure you didn't break the law in question, you can take what you've learned to court and hopefully use it to get the charges against you thrown out, or at least reduced.

Donaldson has seen this kind of legwork pay off firsthand. "Recently, I watched a case where a gentleman was able to show the judge that the officer had made an error by citing him for [going] 50 miles per hour in a 40 miles-per-hour zone, when in fact the location was zoned for travel at 50 miles per hour," she shares. "So, in essence, the officer had cited him for going the speed limit. The case was dismissed."

Going hand in hand with the above, here are a few other tactics you can use while in the courtroom to cast doubt on the validity of the traffic infraction that you allegedly committed:

Hoping for a No-Show (and Helping Make It Happen)

Something that could help you get the charges against you dropped (but that isn't exactly a strategy) is the police officer responsible for your ticket not showing up to court.

Although you shouldn't expect that to happen, and you certainly can't plan for it, you can do a few things to make it more of a possibility.

Ask for an extension. Don't agree to the date that's likely to be mentioned on your ticket. Instead, postpone it for a bit if you can. Doing so could be all that's needed to keep the officer involved in your case from showing up for your trial.

Aim for holidays and other vacation periods—This increases the chances that the officer who gave you your ticket will stay home—due to being off of work--rather than come to court to defend his or her actions.

Note: the more serious the infraction you are supposed to have committed, the more likely the officer who ticketed you is to come to your trial. So, if all you did was drive a few miles over the speed limit, the above-mentioned advice may work wonders. If you've been accused of doing something more severe, however, you may be out of luck.

Avoid These Tactics at all Costs

Whatever tactic or strategy you decide to employ while in the courtroom to contest your ticket, just make sure it's not one of the following:

The officer is lying

This may be the worst comment you can trot out in court—unless, of course, you can prove it to be true. That's going to be a difficult task for almost anyone, though, so leave this line of defense at home unless you have actual proof.

I was singled out

Here's another tactic that is far more likely to backfire than succeed. Yes, it's possible the officer who pulled you over did so while ignoring other drivers who were breaking the same law you were (alleged) to have broken, and at the same time as you, but how are you going to prove it? And even if you could, would the judge care? Probably not. So, the only way you should turn to this excuse is if you can somehow show that the officer had a specific and improper motive to pick on you.

Few, if any, judges are going to respond warmly to you proclaiming ignorance about a particular law's existence. This often-bumpy road is something not many recommend going down.

But I didn't hurt anyone!

You'll also want to avoid hauling out a sob story that supposedly excuses why you pulled around a stopped school bus, as the judge probably won't consider the fact that you had to get home to feed or walk your dog to be serious enough to warrant breaking traffic laws.