Driving Habits that Result in Tickets and Higher Insurance Rates 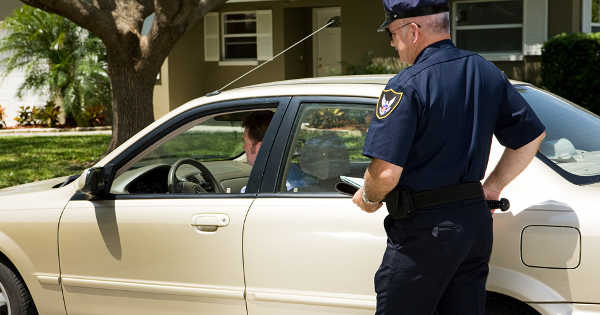 Over time, everyone who gets a license develops their own driving habits. Many are harmless, but some are dangerous—not to mention costly.

Worse yet: most people aren’t sure which driving habits can earn them a traffic ticket or even cause their car insurance premiums to go up.

For instance, you may have heard you can get pulled over for driving barefoot. But can it really get you a ticket, and can it also affect your insurance rates?

Keep reading for the answer to that question and many others. It should help you save some money. If not, at least it’ll inform you about the consequences of those not-so-great behind-the-wheel habits.

We all know that littering is bad for the earth and that we can be hit with a fine if we’re caught doing it. Well, things could be even worse if you’re caught and ticketed for littering out of a moving vehicle.

Generally, the fine for this can be anywhere from $100 to $1,000. Usually it’s considered a misdemeanor, but repeat offender sometimes go to jail.

According to Money.com, this minor moving violation can raise your auto insurance rates by an average of just over 11 percent. That’s not a huge increase, admittedly, but it's an increase nonetheless. So be green, and save some green, by holding onto that trash until you see a garbage bin.

Driving Under the Influence

You don’t have to be an experienced driver to know it’s not good to have a DUI on your record. But did you know it also can put a serious strain on your wallet? The total cost of a DUI can end up between $10,000 and $15,000—and that doesn’t factor in how it will affect your insurance premiums down the road.

If you have a DUI on your driving record, it can raise your rates to between three and five times what it would be if you didn’t have a DUI. According to NOLO.com’s Driving Laws site, the average car insurance increase here comes to about $800.

Have you been convicted of a DUI? Let QuoteWizard help you save money by connecting you with multiple insurance companies so you can easily compare quotes.

According to the IIHS, speeding is the most common moving violation. It’s a factor in roughly 30 percent of all fatal car accidents and speeding-related crashes killed more than 9,000 people in 2014.

Surely being pulled over for that dangerous and risky driving behavior will cause your car insurance premiums to go through the roof, right? Actually, it's hard to say whether getting a speeding ticket makes auto insurance rates increase.

That’s because there are many contributing factors when you get a speeding ticket. Also, insurers consider some speeding tickets better or worse than others and therefore penalize some less or more harshly than others. Other factors that help determine whether or not your car insurance rates go up after a speeding ticket are your overall driving history and your age.

On a related note, insurance companies keep a closer eye on young drivers with speeding tickets. So, if you are between the ages of 16 and 25 and have multiple speeding tickets, you’ll definitely see a spike in your premiums.

The same can be said for drivers of any age who have a bad driving record. Insurers come up with your rates by looking at your driving history and the amount of risk you pose to them. Farmers, for instance, usually forgives a first-time violation and won’t raise your rates. This is as long as the violation happens while you’re covered and no one files a claim.

Speeding in a School Zone

And then, of course, you’ll also have points added to your driving record for being caught speeding in a school zone. You’ll probably see your car insurance rates spike as well. Typically, they’ll go up by about 19 percent.

Street racing goes hand and hand with speeding, but it is even more reckless and dangerous. Money.com collected information from the Center for Problem-Oriented Policing that estimates around 50 people die from street racing annually.

Not enough to convince you to quit this deadly hobby? Maybe the costs and other consequences associated with it will do the trick.

One case in point is that the fine for street racing can reach $1,000 or more. Plus, it could mean:

Your insurer may even drop you for being found guilty of street racing. And if they don’t drop you, they’ll likely hike your auto insurance rates—by 75 percent or more.

With the possibility of increases this high, maybe it’s time to leave the street-racer lifestyle to the video games.

All of the moving violations mentioned above technically fall under “reckless driving.” Yet there are still other forms of reckless driving that haven’t been discussed. An important one: distracted driving. In 2014, more than 3,000 people died from distracted driving motor vehicle crashes. Another 431,000 sustained injuries in this kind of car accident.

Your auto rates could suffer an increase of around 65 percent if you're cited or convicted of reckless driving. Putting down your phone and keeping your eyes on the road has never seemed more enticing, right?

Accidents aren’t necessarily a habit. But it’s the one thing drivers are most concerned with raising their rates. Accidents cause a lot of damage. Depending on how bad the crash is, they also can hit car insurance companies where it hurts. That’s usually where you and your premiums come into play. The good news here is it’s hard to explicitly say your insurance rates will raise because of an accident. Many factors are considered when deciding to raise a driver's rates for such a thing. For example:

In some cases, if you’re determined to be at fault, your car insurance company may raise your base policy by an average of 40 percent. They may raise it even more if the accident causes a lot of damage. The same can be true if you aren't found to be at fault, actually. If the crash is severe and this is your second (or more) accident, your insurer may group you with other high-risk drivers who pay more for auto policies.

Below are some other bad driving habits that may cause your rates to go up, especially if you are a repeat offender. They include:

A: First, keep in mind your rates won’t always increase for one of these offenses. If you're convicted of a DUI, street racing, or reckless or distracted driving, though, it’s definitely possible that will happen. Other potential consequences of these driving habits:

Q: If I get a traffic ticket in another state, will it affect my insurance rates?

A:  It depends. According to Esurance, car insurance rates may be influenced by out-of-state tickets. Two interstate programs called Non-Resident Violator Compact (NRVC) and the Driver License Compact (DLC) collaborate with 45 of the states and Washington, D.C., to share moving violations to a violator’s state of residence. In the end, it depends on your insurer and where you live. So, check to with your agent to see if out-of-state tickets impact your rates on not.

A: Parking tickets should not impact your rates if you pay them. However, if you don’t pay them, they can end up in collections, which will affect your credit. Unfortunately, in this case it would then affect your insurance costs too, because credit history is a deciding factor in your insurance rates.

Read "Parking Tickets and Car Insurance Rates" for more information on this topic.

Q: Will my car insurance go up after an accident?

A: Not necessarily. It depends on your driving history, claims history, who's at fault, and how much it will cost to repair the damage. Most insurance companies have accident forgiveness if it is your first accident. Also, if the repair damage is lower than $1,800, more than likely your insurance rates will not go up.

Q: Is it illegal to drive barefoot? Can I get pulled over for this?

A:  No, it is not illegal to drive barefoot. Law enforcement officials just don’t recommend it because your feet may slip off the gas pedal or get stuck under a pedal and you may not be able to brake in time. Still, even though it's not illegal to drive barefoot, if you’re in an accident and they find you were barefoot at the time, you could get a ticket for reckless driving. Which can, as stated earlier, result in a serious hike to your auto insurance premiums.